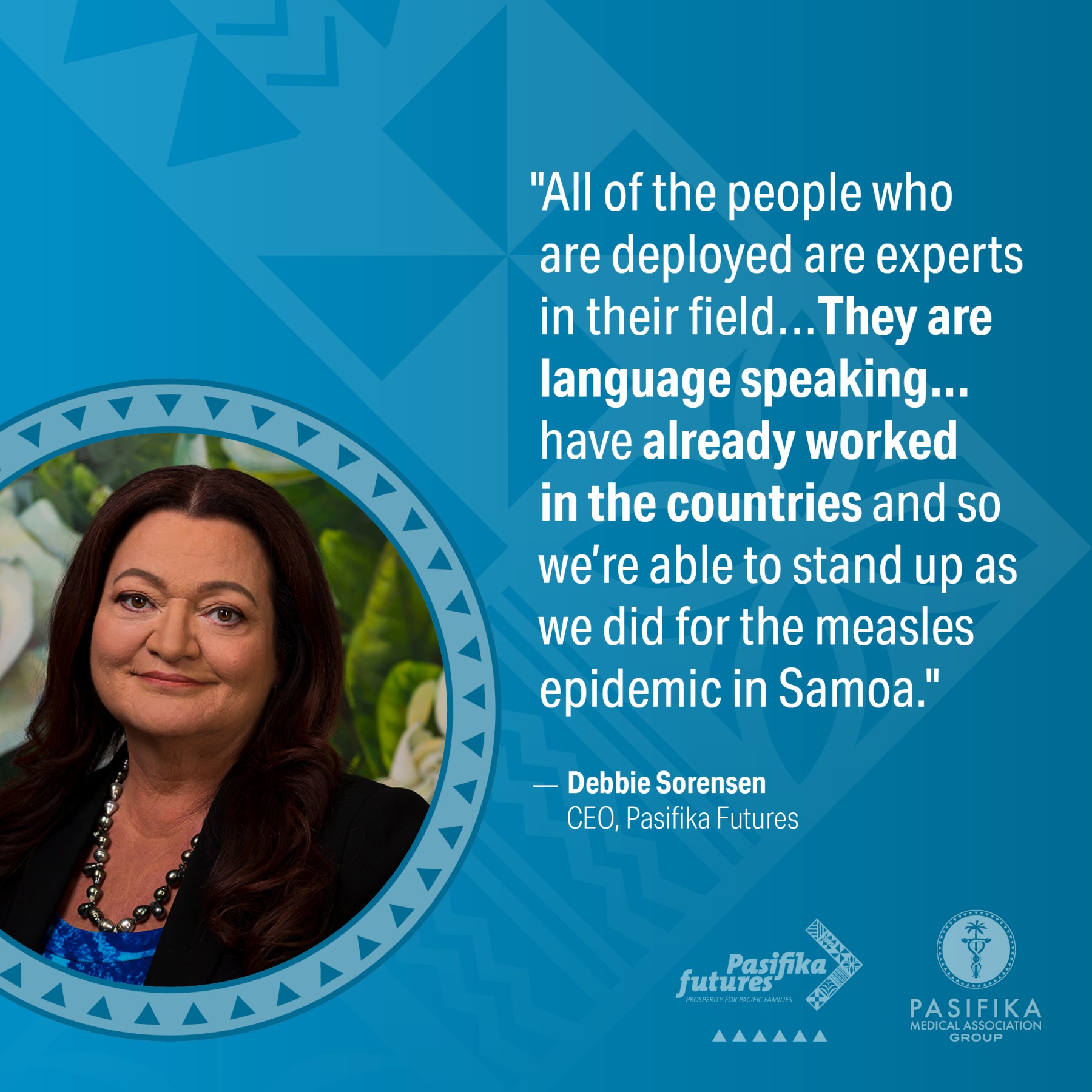 The Pasifika Medical Association (PMA) has been swift in their response once news of the volcanic eruption and tsunami in Tonga was received, with preparation of a deployment team of medical professionals and specialists ready to support if requested by the Kingdom of Tonga.

PMA’s Pacific Medical Assistance Team (PACMAT) comes with 15 years’ experience of deployment into the Pacific region, the most recent being in Samoa for the measles epidemic.

In a recent talanoa interview for 531 PI’s Pacific Mornings show, PMA CEO, Debbie Sorensen, says that PACMAT is ready to mobilize the necessary support, should the callout come from Tonga.

“We immediately offered up a primary care team, of GP’s and primary care nurses. We have a team of Tongan health professionals who could staff that team and also a team that could provide support in the hospital if required.

We offered a mental health team; we have a large number of Tongan speaking psychiatrists, psychologists, counselors and nurses.”

Mrs Sorensen says that PACMAT’s level of experience and understanding of the Pacific region will prove to be useful in the deployment process.

“All of the people who are deployed are experts in their field. Our staff are actually well regarded in the region. They are language speaking and so we’re able to stand up as we did for the measles epidemic in Samoa.

A lot of our deployed staff have already worked in the countries and so they don’t need any orientation; that’s the thing that makes us unique and I think that’s why countries are keen to have us deployed when they need us.”

Despite the extensive damage caused by the natural disasters, there hasn’t been a large loss of life or any major injuries.

“The potential for a large loss of life and big injuries was huge so we’re very pleased that that didn’t happen. We’ve been very lucky, with due condolences to families who have actually lost someone.

Mrs Sorensen says that PACMAT is at least one month away from being possibly deployed, however stresses that the threat of Covid-19 poses several challenges.

“We need to be very careful and consider that if we deploy a team, going across the border might cause more harm than good. Tonga has done such a fantastic job in keeping Covid out and we don’t want to change that now.”

As Tonga continues to be challenged by the effects of the volcanic eruption and tsunami, Mrs Sorensen encourages our communities to donate the appropriate needs such as money, water and non-perishable items of food.